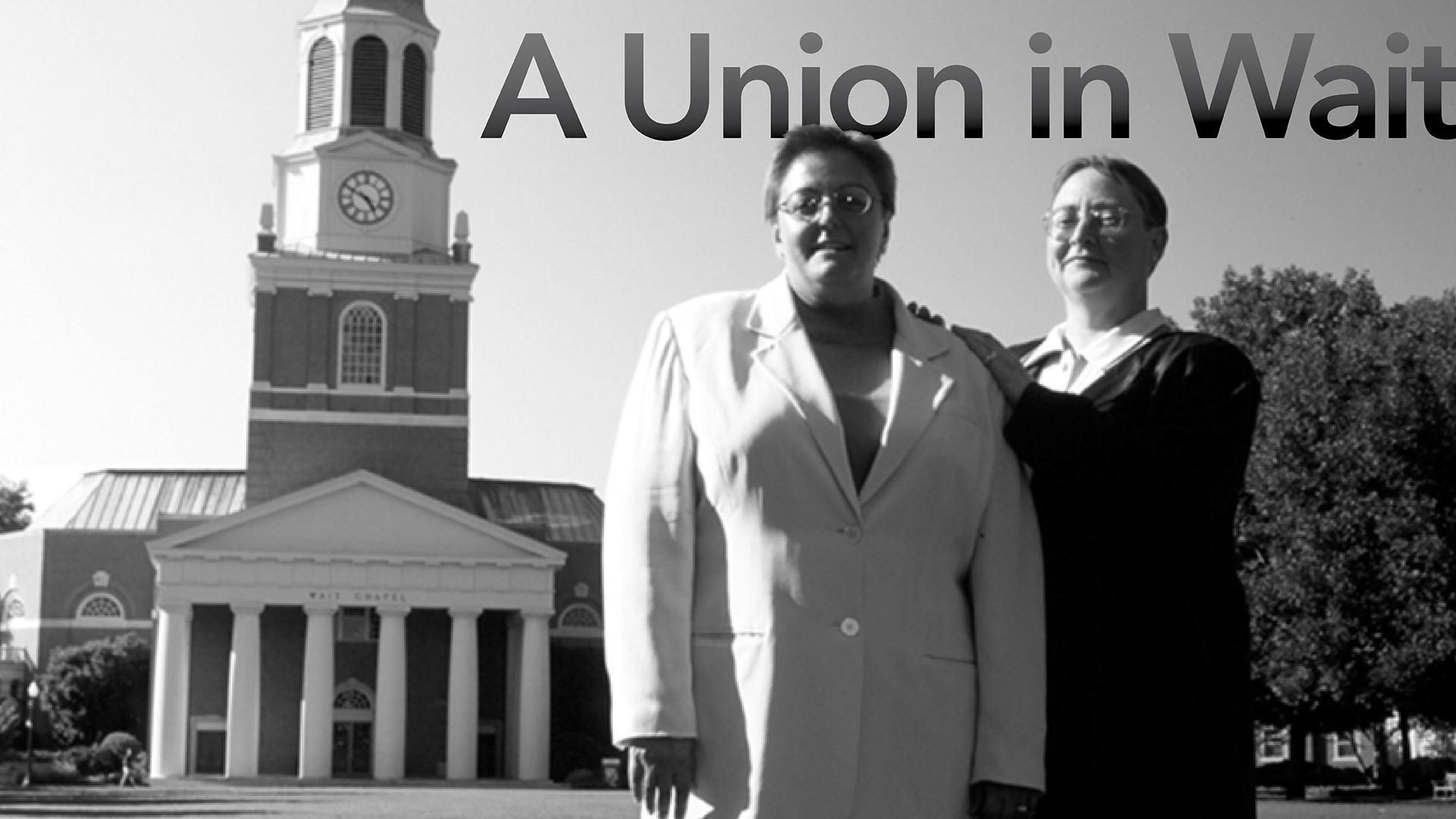 A Union in Wait

The LGBTQ+ marriage equality movement has grown by leaps and bounds in recent years, but the struggles of one groundbreaking couple in the not-so-distant past still ring true today.

Ryan Butler’s A Union in Wait takes a very personal look at Wake Forest Baptist Church members Susan Parker and Wendy Scott, and the controversy that would make their private life anything but private. In 1997, the couple decided they wanted to have a union ceremony in Wake Forest University’s Wait Chapel, but the university told them no. Susan Parker, Wendy Scott, their church, and many others joined together to fight the school’s decision in what would become a controversy that divided a community in North Carolina and made national headlines.