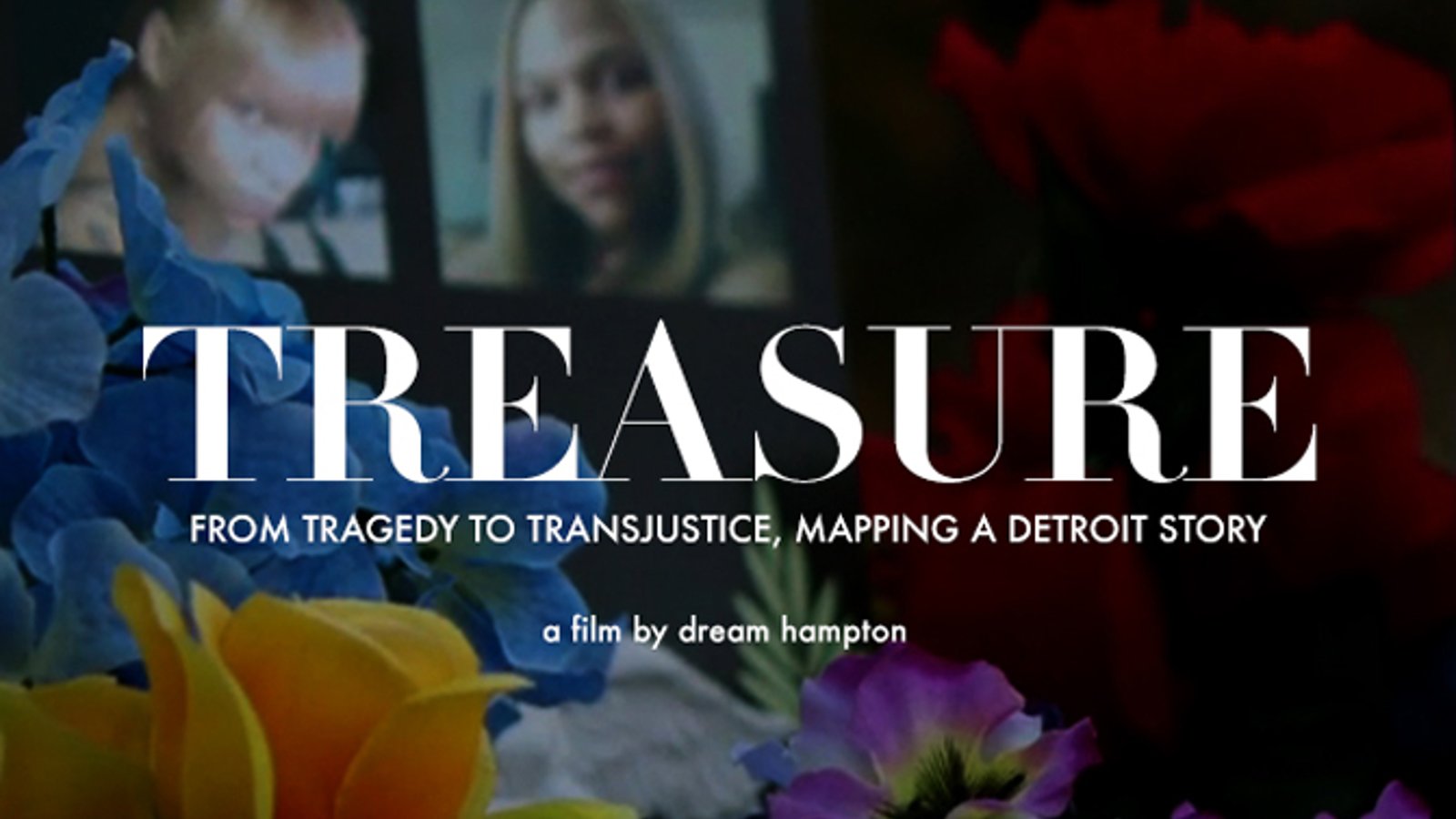 Treasure: From Tragedy to Trans Justice, Mapping a Detroit Story

The majority of the victims of hate violence homicides in the United States are transgender women. Transgender people of color are six times more likely to experience physical violence from the police. Shelly “Treasure” Hillard, a young African American transwoman, died violently in 2011. She is one of many, and this is her story.

Director dream hampton does not shy away from the gruesome reality of Treasure’s murder, but heart-wrenching interviews keep the focus on Treasure as a friend who conveyed “24-hour realness,” as part of a vibrant local trans community and as a sister and daughter loved by a family that supported her living her truth. But hampton’s deft hand also shows the viewer affirming safe spaces within the desolation of the city, such as the Ruth Ellis Center, where trans justice advocates and outreach workers teach classes and rally around each other to promote healing in the aftermath of a tragedy. Treasure’s murder isn’t merely a hate crime; on a broader level, it is a travesty that displays the interworking consequences of society’s failings: racism, transphobia, the exploitation of sex workers, classism, systematic oppression, government indifference, and the continued criminalization of black bodies.

“Shelly was not a lone body that was scorched. She came from people, many different types of people (queer and trans activists, black trans women surviving and teaching and learning, outreach workers, and FAMILY) and you [dream] gave all of those people a chance to share their experiences, expertise, how they knew Shelly (or knew women like Shelly) and a bit of their own life stories.”