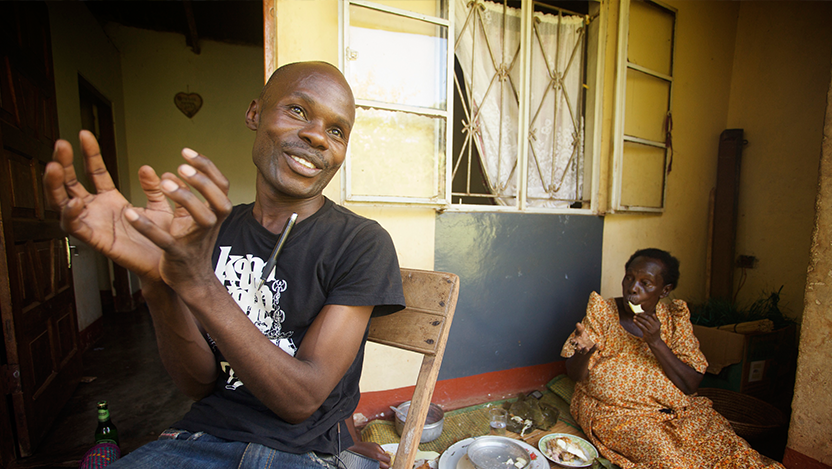 Resistance & Resilience: QTPOC Local to Global is a collection of two documentaries that center the voices of queer and trans people of color in the U.S. and abroad. Whether focusing on an international human rights activist or Asian-American queer youth balancing family and daily life at the intersection of identities, this film collection amplifies the voices of QTPOC today, while the accompanying curriculum examines queer history, leaders past and present, human rights activism across the globe, and the legacy of colonialism.

This collection comes with a professionally created curriculum that can be used to help guide conversations and activities in the classroom, with student groups, and with the community.

It is 2009. In the country of Uganda, being LGBTQ is not only considered sinful; it is illegal. From Kampala to the remote villages, LGBTQ people- or kuchus, as they are known- are at risk of being beaten, harassed, and stoned to death. A new Anti-Homosexuality Bill has been introduced in Parliament which would take the law several steps further, imposing a death sentence for HIV-positive gay men and a three-year prison sentence for anyone who fails to turn in a known LGBTQ person- including their own child. Meanwhile, the government, the media, church leaders, and American evangelicals are actively fueling the fire of intolerance and hatred throughout the greater population. The editor of one local tabloid is mercilessly outing gay people on its front pages, encouraging violent reprisals such as hanging.Yet amidst all the venom and homophobic fervor, veteran activist David Kato is undeterred in his fight for the rights of the LGBTQ community. The first openly gay man in Uganda, Kato boldly dares to protest publicly- in the courts, on television, at the United Nations- despite the great personal danger it poses to him and his small band of fellow kuchu activists. An international sensation and winner of dozens of awards, Call Me Kuchu is a remarkable portrait of courage and conviction.

Capturing diverse portraits of five queer and trans Asian-Americans in New York City, Gaysians explores their relationships with their families and culture in this illuminating patchwork documentary.