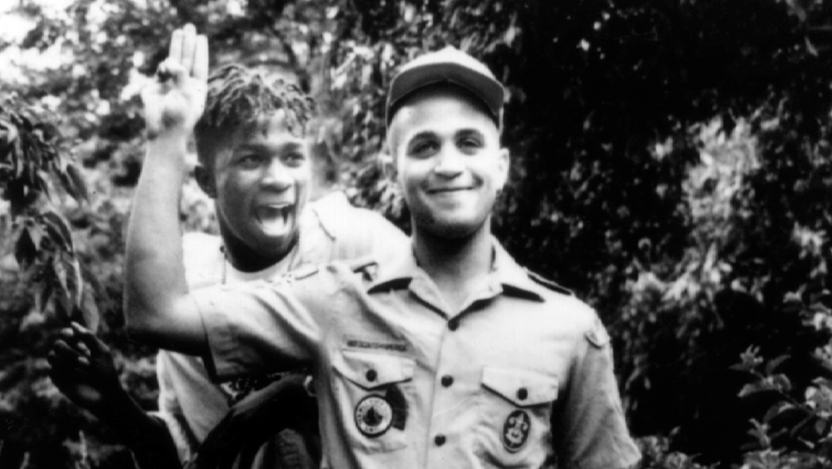 Five young gays and lesbians in New York City produced their own vivid autobiographical portraits with the help of videomaker Joan Jubela in this 1993 personal documentary.

Each portrait is unique, and each of these “homoteens” has a style all their own. Monique talks about her girlfriends and about being a Latina dyke in New York City. Peter, meanwhile, tapes the story of his long-distance relationship with his closeted Canadian athlete boyfriend, Richard. An anonymous 15-year-old talks about being hassled in school and shows off his scrapbooks of gay and African-American history. Henry Diaz, a 17-year-old community organizer, offers a look at the organization that helped him come out, Youth Force. And Nicky, a 19-year-old Afro Caribbean-American lesbian, tells us about her girlfriend, growing up as a Jehovah’s Witness and being institutionalized for being a lesbian. More than 20 years later, this documentary still speaks to the experiences of young queer people working to find themselves.