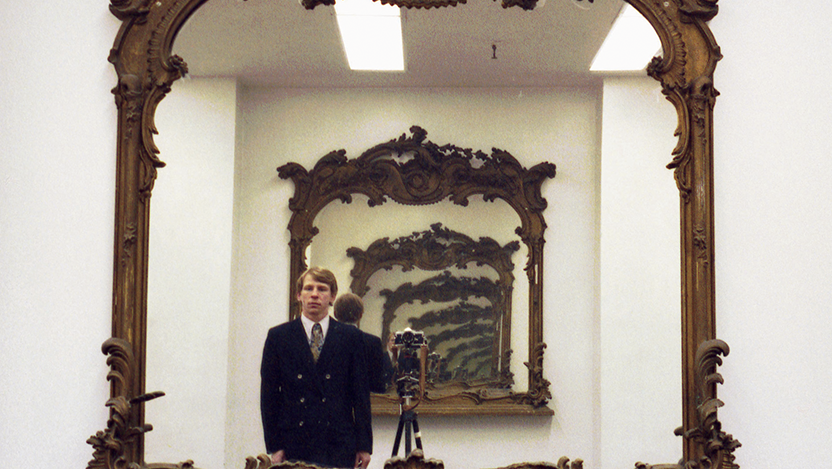 Inspired by a collection of personal notebooks, this feature-length director’s cut of the short film by the same name is an experimental documentary on art, AIDS and activism.

Based on the writing, drawing, video footage and personal revelation of James Wentzy, an artist/activist in New York City, the film illustrates the 30-year timeline from the late 1970s to the mid-aughts, examining the changes in the social and political landscape of America.

Following James from South Dakota to New York City, the film traces his days from struggling and surviving as an artist to later becoming an AIDS video activist. In showcasing a unique individual through his involvement with the fight against AIDS and his tireless frontline reportage of the crisis, Books of James is an intimate portrait of a neglected everyman/hero and unearths a time now forgotten.

With narration provided by James himself, the film is divided into 3 periods of his life, recorded in his journals and video footage over a 30-year time span:

From a middle class family in South Dakota, James moved to New York City after graduating at the Southern Illinois University. He began writing, drawing and photographing his daily big city life. Through the ’70s and ’80s, James was an aspiring artist/filmmaker.

The Political—The ACT UP years

In 1990 James was diagnosed with HIV/AIDS and began his participation in the ACTUP (New York) organization, creating and producing approximately 160 weekly community television programs for the public access channel, Manhattan Neighborhood Network (MNN). This segment is composed of James’s footage of the international AIDS conferences, individual testimonies against discrimination and injustice, and public actions towards education, policymaking, and community building.

Having not written in his journals for many years since his diagnosis, the camera has become James’ diaristic tool. This segment begins with the footage of James reluctantly going on AIDS medications, and also includes his Post-911 reflections and metaphysical musing. As the timeline progresses, the film moves towards to present day with James’ thoughts on the state of AIDS activism and its relevance.

This is the feature-length director's cut. A 17-minute short version is also available from Frameline Distribution.