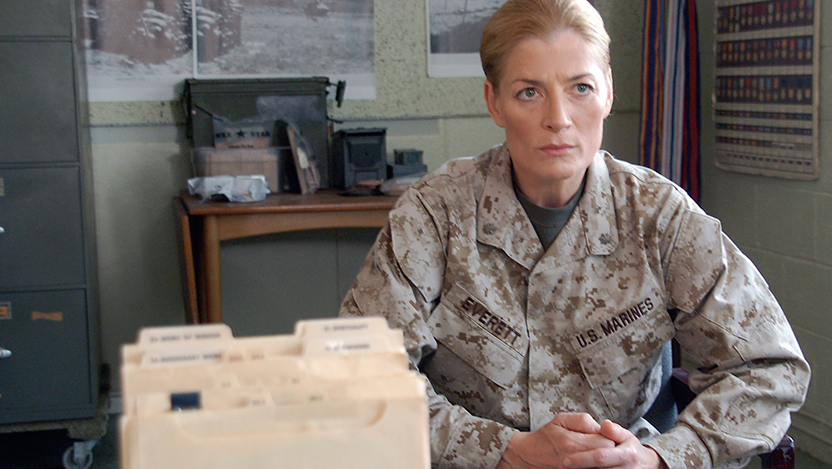 The 2010 award-winning film A Marine Story stands up to “Don’t Ask Don’t Tell" honestly through an unflinching look at the policy’s effects on gays and lesbians in uniform.

When decorated Marine officer Alex Everett (Dreya Weber, The Gymnast) unexpectedly returns home from the war, she is quickly recruited to help a troubled teen prepare for boot camp.

Alex hasn’t been telling, but the Marine Corps is definitely asking. Despite a terrific record, promotions have been slow to come, her sham marriage isn’t fooling anyone, and her commanding officer has pictures of her getting close with a “friend.” She returns home to her dry, desert home and meets fiery teen, Saffron (out actress Paris Pickard), whose choices are boot camp or a life of drugs and prison. But who said prepping for boot camp would be easy? As Alex whips Saffron into shape during the long, hot summer, the reason for her dismissal from the Corps threatens the future for both of them.

The leading duo shines: Weber combines Alex’s hard and soft sides with confidence and quiet power, while newcomer Pickard stands out from a solid cast with impressive acting chops. Writer/director Ned Farr (The Gymnast) scores another hit with this heartfelt drama which distills the political down to the intimately personal.