The indomitable Marc Huestis has given gay San Francisco plenty to talk about in the five decades that he has been a force in the city, and director Lauretta Molitor artfully captures a simultaneously sweeping and intimate view of his impact on community and culture in this feature-length documentary. Beginning in the 1970s when Super 8 films developed at Harvey Milk’s shop became Frameline01, we are taken on a ride through gay San Francisco’s major and minor moments through the lens of Marc’s art and event curation. It is a ride that is every bit as passionate, political—and yes, sometimes challenging—as Marc himself.

Molitor seamlessly merges vintage footage, Marc’s own films, and epic events at the Castro with interviews of long-time collaborators, including David Weissman, Dan Nicoletta, Mx Justin Vivian Bond, John Cameron Mitchell, and more. At the center is the self-effacing humor, energy, and warmth that have made him a beloved force for community and art, and a San Francisco icon. 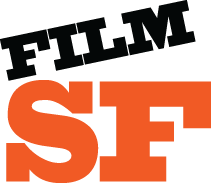