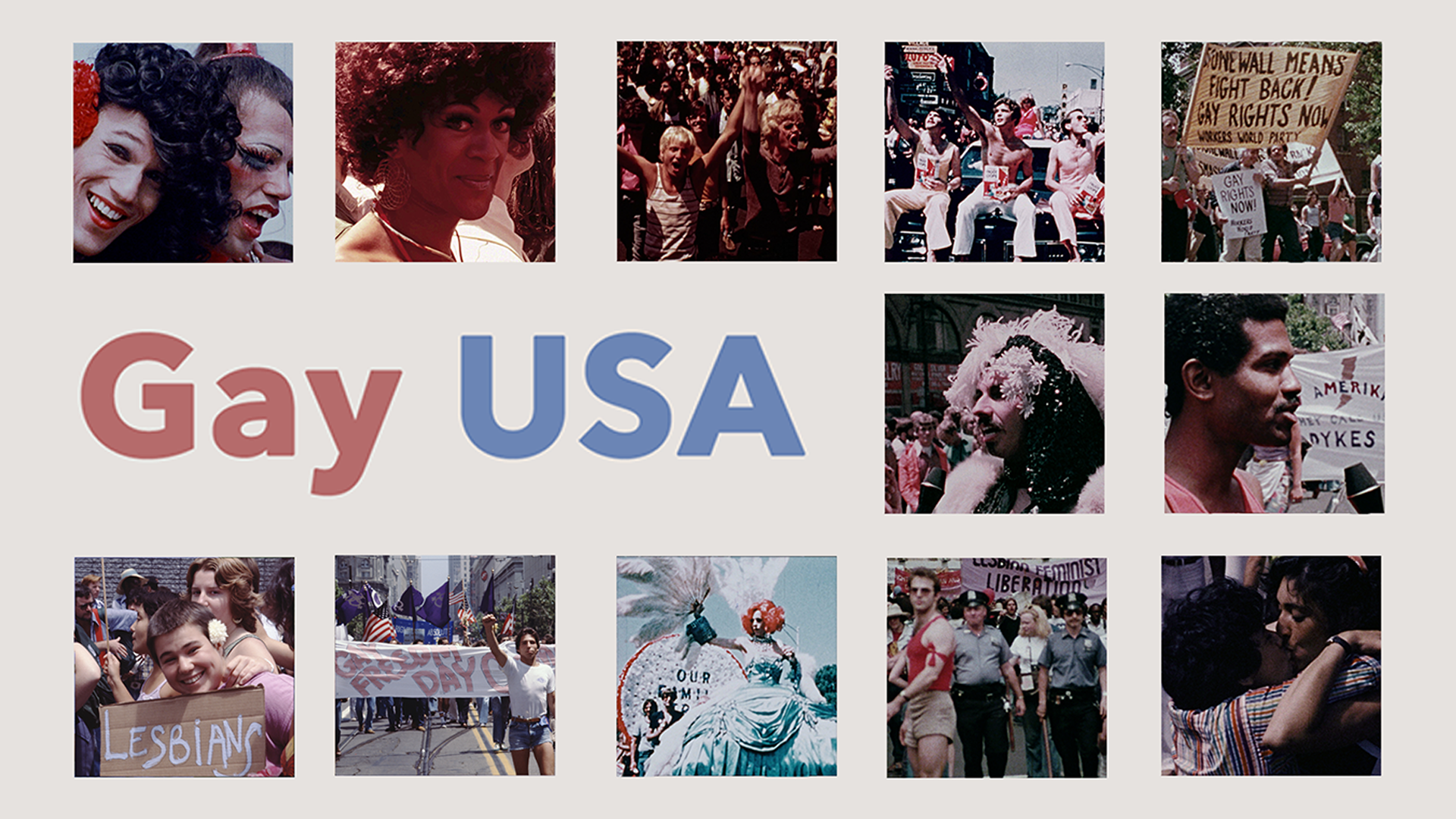 Beautifully restored by the UCLA Film & Television Archive in collaboration with Frameline and Outfest, Gay USA is the first American feature-length documentary by and about LGBTQ+ people. Director Arthur J. Bressan, Jr. (best known for his 1985 gay drama Buddies) mobilized camera crews across the country to document the national Gay Freedom Day marches in June of 1977. Gay USA conveys the passion, anger, and defiant optimism of a community under attack (in that month of June 1977 alone: California's anti-gay Briggs Initiative had just been announced, Anita Bryant's vicious homophobia had helped repeal Miami's gay rights ordinance, and a gay man named Robert Hillsborough had only days earlier been the victim of a fatal gay-bashing in San Francisco). Bressan weaves in audio of some of those homophobic voices and gives an overview of historical homophobia, including an account of gays and the Holocaust - and then illustrates the triumphant power of love and pride. In addition to the magnificent cross-section of footage from the marches in San Francisco, New York, Los Angeles, Chicago, San Diego, and Philadelphia, Gay USA also gives us a fantastic look at rare footage shot by Lilli Vincenz of the very first gay pride parade in New York City in 1970 (which was then known as Christopher Street Liberation Day) as well as showing Bressan's own previously shot footage from San Francisco's first major gay pride celebration in 1972.

As an estimated 250,000 celebrants enjoy the 1977 festivities in San Francisco (more than double the attendance of the previous year), Bressan's camera crews interview dozens of attendees who share their stories - the lesbian couple who fled the homophobia of Wichita; the self-proclaimed androgynous hermaphrodite who describes feeling "like a whole person instead of just half a person;" the older straight woman ally who explains that, "Whenever anyone group in our society is attacked, we all must come to their aid;" and the irresistible guy standing in the middle of Market Street who proclaims: "Today I'm more than gay, I'm jubilant."

Gay USA's nationwide release, after its August 1977 San Francisco premiere, brought images of out and proud LGBTQ+ people to cities across the country. Just a few months later, Harvey Milk was sworn in as a San Francisco Supervisor, becoming one of the first openly gay people elected to public office and delivering a triumphant conclusion to that harrowing year.

Gay USA offers a vibrant and beautiful snapshot of an incredible year in LGBTQ+ history and it conveys a powerful message of hope to contemporary viewers.

"When the Anita Bryant debacle happened I was hurled into making this political documentary. My naive dream was that if we all saw ourselves in our numbers we would never buy into the guilt trip again. Not from Anita Bryant or from [NYC] Mayor Koch or from Cardinal Cook. Not even from AIDS ..." —Director, Arthur J. Bressan, Jr.