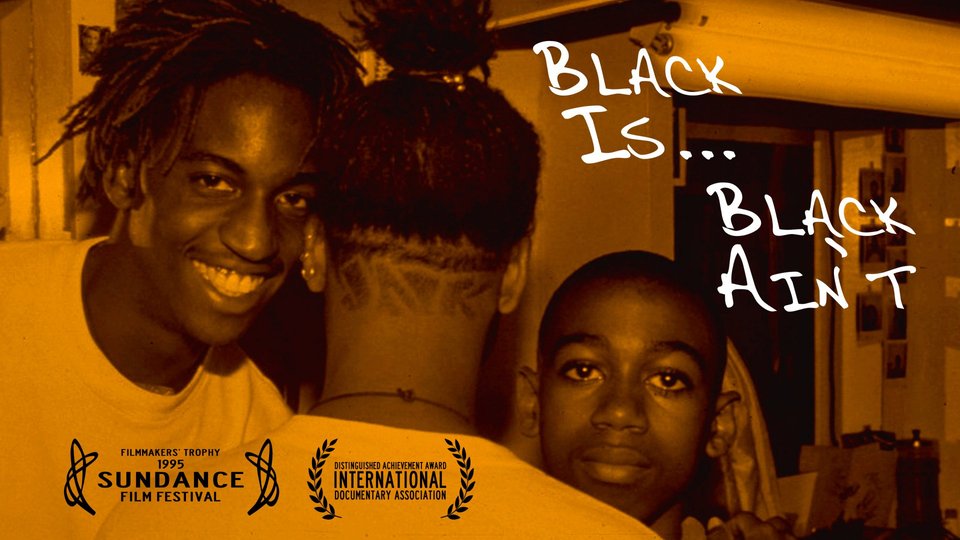 White Americans have always stereotyped African Americans. But the rigid definitions of "Blackness" that African Americans impose on each other, Riggs claims, have also been devastating. Is there an essential Black identity? Is there a litmus test defining the real Black man and true Black woman?

Riggs uses his grandmother's gumbo as a metaphor for the rich diversity of Black identities. His camera traverses the country, bringing us face to face with Black folks young and old, rich and poor, rural and urban, gay and straight, grappling with the paradox of numerous, often contested definitions of Blackness. Riggs mixes performances by choreographer Bill T. Jones and poet Essex Hemphill with commentary by noted cultural critics Angela Davis, Bell Hooks, Cornel West, Michele Wallace, Barbara Smith and Maulana Karenga to create a flavorful stew of personal testimony, music, and history.

While _Black Is...Black Ain't _rejoices in Black diversity, many speakers bare their pain at having been silenced or excluded because they were perceived as "not Black enough" or conversely "too Black." Black Is...Black Ain't marshals a powerful critique of sexism, patriarchy, homophobia, colorism and cultural nationalism in the Black family, church and other Black institutions. Cornel West concludes, "We've got to conceive of new forms of community. We each have multiple identities and we're moving in and out of various communities at the same time. There is no one grand Black community."

Riggs' own urgent quest for self-definition and community, as a Black gay man dying from AIDS, ties the multiple perspectives together. Hooked up to an IV in his hospital bed, Riggs takes strength for his struggle against AIDS from the continual resilience of the African Americans in the face of overwhelming oppression. As his death nears, he conjures up the image of a Black community nurturing and celebrating the difference and creativity in each one of us.

Tell us a bit about your screening or event